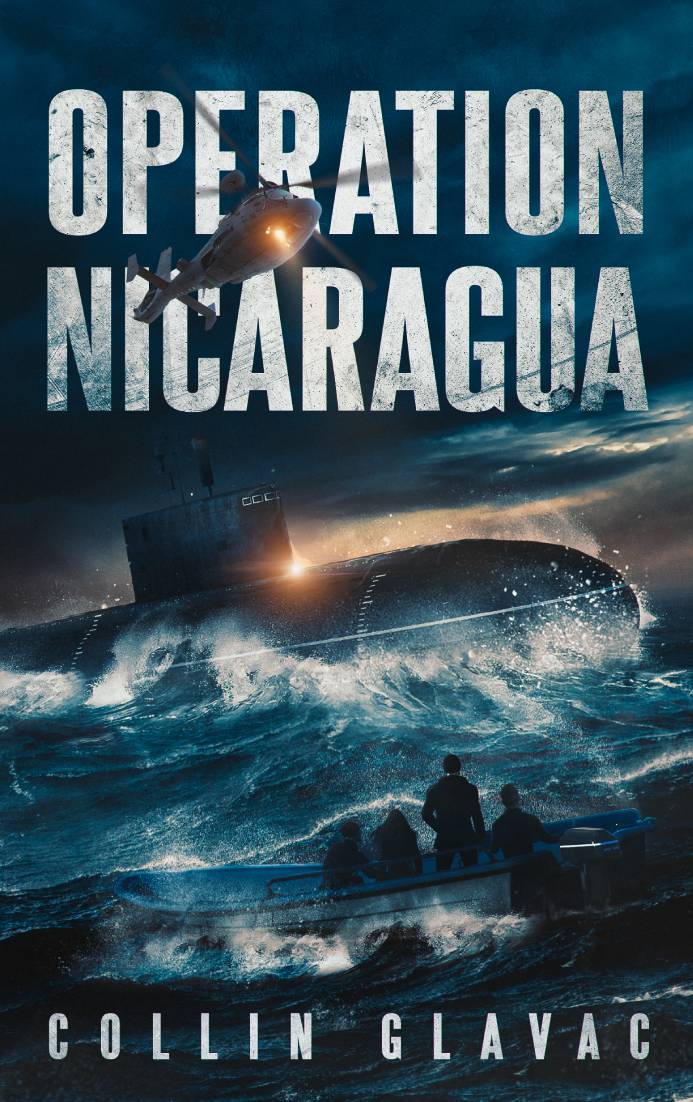 Aaron Miles didn’t know that he was going to die today.

He did know, however, that the information he’d stolen was the most volatile he’d ever delivered. Snatching it from under the noses of Cuban intelligence might be praiseworthy, but Aaron could only care about not getting caught. The first twenty-four hours of espionage operations were the most crucial and the most vulnerable time for spies. He checked his watch.

“This is it?” his compatriot asked, looking at the sheet of information he’d been given. Aaron didn’t know his name. He didn’t know Aaron’s. It was best that way.

“It’s enough,” said Aaron in a low tone, repressing the urge to look over his shoulder. He’d been doing this job long enough to know the best way to get caught was acting suspicious.

Aaron hunkered down in his booth and gestured for the man to keep quiet. They had elected to meet at the Nostrovia. It was the only retro-Soviet restaurant in Havana and the designated share-point for Russians in his spy network.

A server walked by. Neither of the agents spoke until she passed.

The other agent didn’t reply.

“I’ve been here too long already,” Aaron said quietly. “I have to go.”

The other agent nodded reluctantly, but there was nothing more to say. Aaron looked out the window to admire Cuba’s pastel buildings, but found his eyes lingering onto others crumbling with their scaffolding exposed to the street. The slums sat next to such beautiful buildings, most split in two so families could live one atop the other. Poverty was no secret here.

Aaron downed his drink in one go, left American dollar bills for payment, and got up to leave. He watched the other man tuck the delicate paper into a pocket before being satisfied enough to walk out the door.

The afternoon was hot but Aaron felt a chill. He tucked his hands in his suit jacket pockets and decided on a brisk pace, one not so quick as to bring attention, but not so slow to make him linger.

He had to get to the American embassy. This last piece of intel had finally fallen into place. He had solved the puzzle. What lay before him was something so destructive, he could hardly believe it existed. Once at the American embassy, he could count his mission as a success, and some of the burden would pass on. He’d be able to finally rest easy.

He fell into step along the Malecón, the famous and beautiful walkway and seawall that stretched along Havana Cuba’s coast. It passed through the three neighborhoods of Havana and was known as its ‘living room.’ In the evening, the Cubanos would come out to watch the sunset or to drink and dance. Aaron had a feeling that he wouldn’t be enjoying the sunset from the Malecón that evening.

After a few minutes of wary walking, he stripped his jacket and turned to face the coast, allowing himself to do a discreet one-eighty to make sure he wasn’t being followed. But Aaron’s only company along the Malecón were the fishermen standing on the seawall, and the seagulls screaming to one another. He threw his jacket over his shoulder and walked past two fishermen laughing and untangling themselves from seaweed that had blown over the wall with a crashing wave. He found himself staring at the fishermen. Had he ever been so carefree? He wondered if he’d ever have that luxury again. Another wave crashed over the seawall and the salty spray grazed him, breaking him from his reverie and urging him onward.

Although he was in a hurry he had decided not to take a cab from the restaurant. If he were being watched or tailed, surely counter-intelligence would send their own agent to pick him up in a car, and he would have no way of knowing and no way out. He was left to watch the old nineteen-fifties and sixties cars roll by instead. Cuba seemed to be a land lost in time. America’s embargo on new cars meant that bright and pastel colored Fords, Chevys, Buicks, Dodges, Plymouths, and Studebakers cruised down the modern six-lane highway. Cuba brought in Chinese and Russian cars now, but pride still rested on American oldies which were painstakingly maintained. Off to his left down a dark alley, Aaron could see one of the many ‘cannibalized cars’ left stripped on the curb, its parts taken to make more precious antique cars run. A whole industry had emerged. Cuban locals, who made twenty-five dollars a month could now charge fifty dollars an hour to take foreign tourists for a spin in their vintage car.

The Malecón was lined with monuments, each telling a part of the history and culture of Cuba. He walked past them as they sprung up along his route, like beacons leading him toward the embassy. He paused at the monument dedicated to the crew of the USS Maine. It was a long wedge-shaped structure with two tall pillars protruding from the center; all in blinding white marble. He gave himself a second one-eighty look around as he circled the statue.

‘Remember the Maine! To hell with Spain!’ Aaron whispered with a chuckle. It was the old adage during the Spanish-American war. Americans had sent the USS Maine to Havana Harbor during the Cuban war of independence and she sank. Back when Cubans liked America, he thought.

To this day many Cubans thought the Americans sank their own ship as an excuse for war.

Wouldn’t be the last time they did that, Aaron smiled ruefully, and continued on his way.

Cuba had been the victim of three wrestling superpowers. Each time the island was ‘liberated’ they seemed to find themselves under a new thumb. Spain, America, and the Soviet Union had all treated Cuba as a colony-prize, to be taken and controlled. He was certain that sentiment contributed to what he’d uncovered in the Dirección de Inteligencia. But that would have to wait.

He was nearly there. As he grew closer to the Vedano neighborhood and the embassy he saw the Hotel Nacional de Cuba looking down on him from Taganana Hill. It was a building that held many secrets. Fidel Castro and Che Guevara had led the defense of Havana during the 1962 Cuban Missile Crisis from a series of tunnels and bunkers sprawling under the complex. Aaron hoped they would never be used again.

He crossed the Plaza de la Dignidad toward the José Martí Anti-Imperialist Platform. The American embassy came into view, obstructed by dozens of flagpoles flying black flags. A gust of wind picked up from the ocean and sent the flags into a frenzy. Aaron looked up at the ominous sound of flapping fabrics.

The sound of a silenced pistol shot interrupted his thoughts.

Aaron’s eyes grew wide with surprise and then with realization. He brought a hand to the bullet wound in his chest. He hadn’t seen who had shot him. Aaron only had a moment to lay eyes on the embassy before collapsing to his knees, then the ground. His final struggling breath disappeared on the turbulent ocean winds.

“Filthy American,” the Cuban agent whispered, chewing on a toothpick and tossing it to the ground. The Cuban was dressed as an American tourist. He raised the camera hanging from his neck and snapped a picture of the agent’s body. He looked over his shoulder in the direction of the American embassy and gave the building a dark look before moving away from the scene. He had known Aaron Miles was a spy working in Cuba. But he didn’t know what information the spy was on his way to deliver at the American embassy. That didn’t matter to him. This was only the beginning.

He placed a call as he moved.

“Good. Now we need to talk to the other American.”

The Cuban grinned. “Barry Bridges. Take care amigo.” He hung up and casually retraced Aaron’s steps along the Malecón.

The Cuban had gotten one thing wrong. Aaron Miles was a spy, but he wasn’t American. There was no way to learn that now, and it made all the difference.